Interesting details from the past

1716 The chronicle of the Innere Enge already mentions the „repair“ of the so-called small house „Viererhäuschen“.

1762 This small house which had been renamed „Viererhaus“ a little earlier, was adapted to the requirements of summer guests, especially for the whey cure.

The chronicle continues
„Die Engi with the tenant‘s flat and the attached spacious hall, located on a plateau with trees and greenery, in the summertime furnished with tables and benches, just fifteen minutes from Aarbergertor and with a splendid view of the Swiss Alps and the Snow Moutains, became the most pleasant amusement park in Bern’s surroundings, which was the preferred place to visit by residents and foreigners“.

In the ”Burgerbibliothek“ of Bern you can read
„According to the ’Aussteuerungsurkunde‘ dated September 20,1803 and in particular the attached settlement with the government dated March 14 and June 12,1804, the Engi and the Engihalden are admitted and certified as the exclusive property of the Burgerschaft of Bern“.

1810 The Empress Joséphine, wife of Napoleon I., was honored with a Grand Déjeuner; the Empress and her guests in the romantic park allegedly enjoyed the exceptional view of the Alps.

1830 +1857 „Schützenfeste“ (rifle contest) were considered as special and important highlights in the history of the Innere Enge.

1863 The Burgergemeinde Bern, owner of the building and the landproperty, decided to construct a new building.

1914 The Innere Enge was a part of the Landesausstellung (National exhibition).

1945/46 The building was enlarged and renovated.

1981 The Public Authority in Bern approved a large-scale hotel project, Shortly thereafter the community founded the action group „Save the Innere Enge“, demanding that the area should be declared a protected green zone and guarded against further interventions.

1984 In a plebiscite the initiative of the action group was accepted and the Authority had to back down.

1991 Hans Zurbrügg and Marianne Gauer founded the Innere Enge AG and signed a leasehold contract with the owner of the real estate, the ”Burgergemeinde“ Bern. Innere Enge AG developed a detailed concept for the reconstruction and the interior design. In close collaboration with the ”Städtische Denkmalpflege“ (municipal department for the preservation of historic buildings) and the Bern Authority Innere Enge was renovated as true to the original as possible in only eleven months.

Free use of public transport 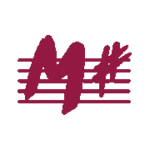